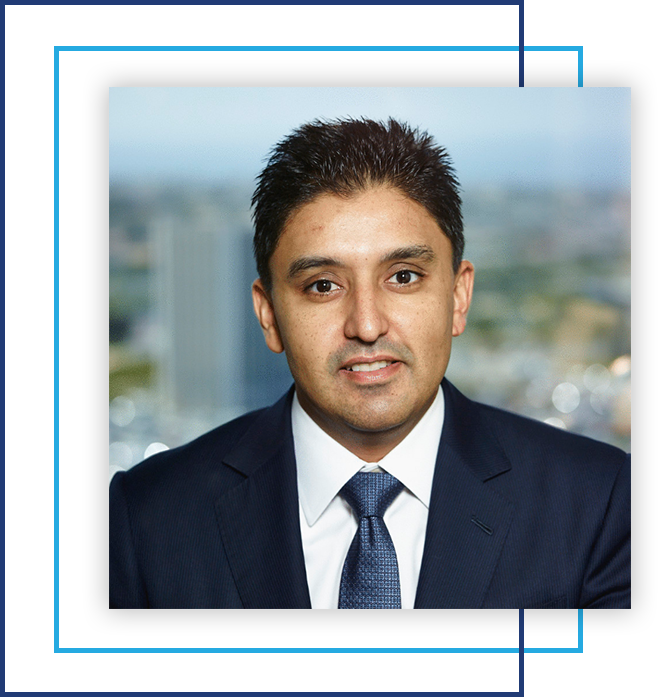 Ahmed Ibrahim is a California licensed attorney and the founder of AI Law. Ahmed has spent his entire legal career litigating highly complex cases on behalf of plaintiffs and defendants, big and small.  Being on both sides of counsel table has provided Ahmed with a unique perspective enabling him to analyze a case from all angles, and to be one step ahead by anticipating case strategies and arguments of his adversaries.

Ahmed started his legal career at Snell & Wilmer, one of the largest law firms in the western United States, where he spent over five years in the commercial litigation department.  At Snell, Ahmed learned the importance of delivering high quality and thoughtful work to clients while maintaining the highest standards of integrity and competence, the same service he now brings to his clients at AI Law.

For the next seven-plus years, Ahmed used his talents battling powerful companies and individuals at a litigation boutique based in Newport Beach.  During this time, Ahmed worked on many high profile matters, including several trials, and developed a fearlessness and tireless resolve advocating for his clients.  In 2018, Ahmed and his team received the Public Justice Trial Lawyer of the Year award for his work on a major class action resulting in a multi-million dollar jury verdict and judgment.

Ahmed earned his undergraduate degree from the Haas School of Business at the University of California, Berkeley.  After college, Ahmed spent two years as a management consultant with the global consulting firm Accenture.

Ahmed then received his law degree from the University of California, Hastings College of the Law. During law school, Ahmed served as a judicial extern for the Honorable Martin J. Jenkins, former district judge for the U.S. District Court for the Northern District of California. Ahmed was also active as a member of the Jessup International Moot Court team, earning an award for top oral advocate in 2005.

Ahmed understands that clients do not hire attorneys to “bill” hours, but to win.  That is why he takes great pride in his track record of providing results for his clients.  A listing of some of these results can be found here.